The Cruise to Aruba - Home Again 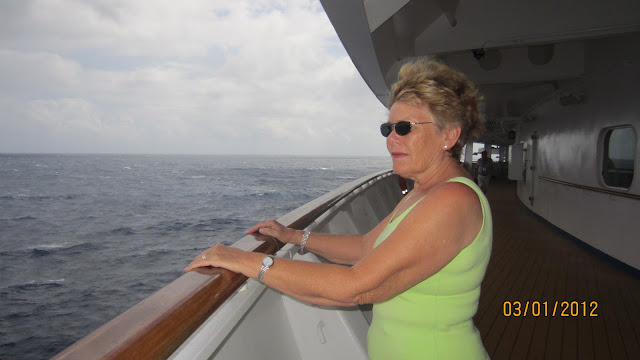 Thursday is a great day at sea. The faint, white smoke from the funnels drifts slowly upward as it dissipates in the amazingly clear blue sky, staying almost directly over the ship. We are making 11 knots with a trailing wind and a following sea, the sun is shining and Mother Nature is at peace with the marketing arm of Princess Cruises. Everything is as advertised. 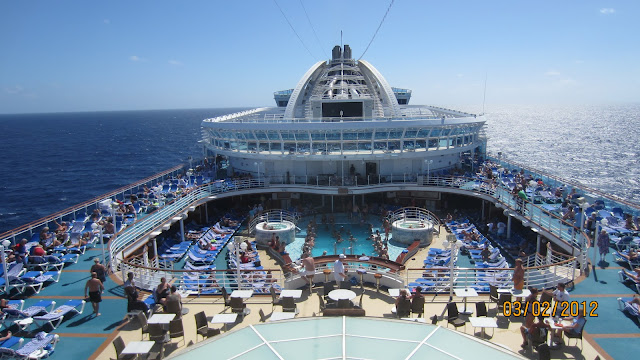 A really nice way to wrap up a cruise. We do all the touristy things we think will interest us, from touring the galley (at least the tour is still free, but they are hawking a $29 Chef's cook book. Yes, I bought one) and attending free health maintenance seminars. We tour the ship to see if we've missed any decks or crannies that are unique, and we head back to the library to check out one last book. Or was that Friday? No, it had to be Thursday because we turned the books back in on Friday. That's what's great about cruising when all goes well: you lose track of time and that is the whole idea. 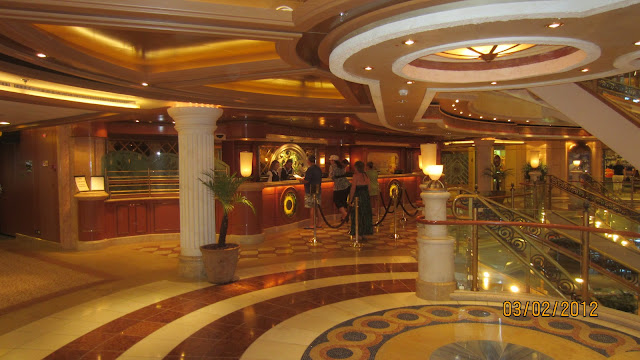 Thursday is the Captain's Cocktail Party, followed by the last of the two formal dinners. Lobster tonight! Must be Thursday! We take in the show in the ship's theater, “What a Swell Party,” a tribute to Cole Porter, but the strain of constantly being on is showing on the the dancers and performers. The show is a canned, prerecorded production but it is still a pleasure to watch the entertainers do their best, even when the cruise is about to wrap up. They do two shows a night so it isn't a cakewalk by any means. 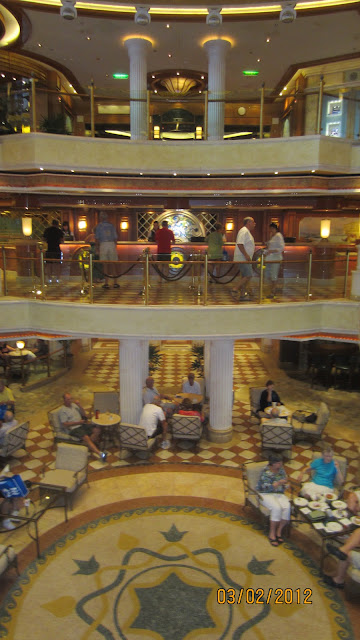 Friday is another laid-back, enjoy-the-cruise day. Weather is perfect and we head for the theater at 10:30 am for a Chef's culinary demonstration, followed by the Galley tour. OK, so the galley tour was on Friday! Award winning Executive Chef Giuseppe de Gennaro and his comedic side kick, Maitre d' Nicola Furlan, put on a memorable demonstration of cooking pasta, including the over-the-shoulder pasta fling to see if it sticks on the wall. If it does, it is ready! It did, to the delight of the audience.

Some last minute shopping from the ship's stores, and spending an hour or so standing on deck seven forward watching the flying fish as they skip away from the ships' bow wave and one last lunch in the buffet. Tonight the luggage is picked up from outside your stateroom for transfer to the dock as soon as we land. Everything you have left goes in your carry-one luggage or bags. The last call for placing your luggage in the hall way is 11:00 pm, so we have plenty of time to change after we eat and lay out the clothes for the trip home.

We eat dinner one last time, and once again we get to hear Buster Poindexter.

One of the few traditions that seems to be carried on every Caribbean cruise regardless of ship or cruise line is the dessert on the night of the final dinner, and how it is served. Our German friends were somewhat startled when the lights in the glamorous dining went down after dinner and “Hot, Hot, Hot” began to play on the dining room speakers. The conga line of servers and waiters still wind their way around the darkened dining room carrying Baked Alaska on their heads, singing and generally having a good time as they have done on every cruise we have sailed on. The lights finally came back up and everyone took photos of their by-now-famous desert. I have never seen so many different sizes and types of digital cameras! They came out of nowhere. I think were pulled out of thin air. Everybody seemed to have at least one! 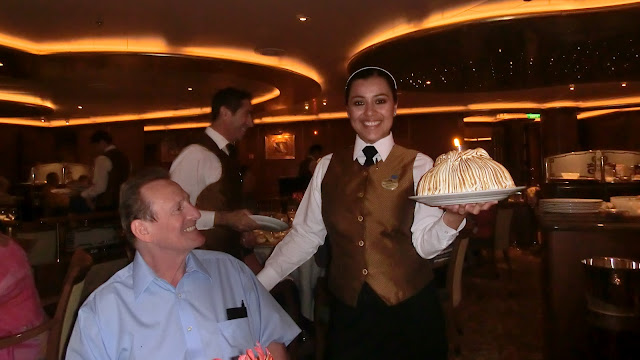 As our waitress held out the Baked Alaska we were to be served so we could photograph it, I realized the rum flambe on top has been replaced with an LED candle. Ahh, progress! Actually, safety is the reason for the change and it doesn't affect most the people who could care less anyway. Just another point of nostalgia for us old cruisers who still remember the good old days.

As we finally say goodnight and turn in, we reflect on what has been a pretty good cruise, especially considering the rough weather of the second and third days. Tomorrow we will be back in Port Everglades to disembark. 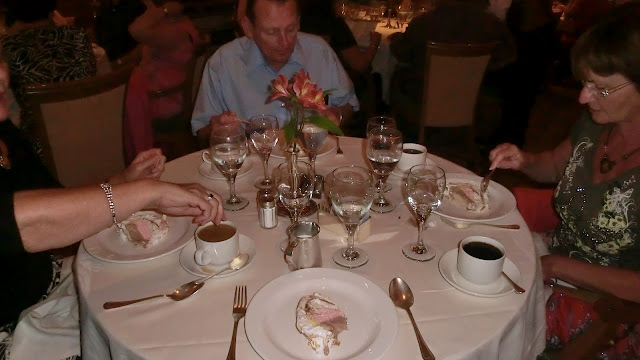 Will we be back? Oh, I'm sure we will, we just don't know when or which cruise ports we want to visit. Only one thing is absolutely certain: It won't be on the Oasis of the Seas. Having two thousand passengers on a ship is more than enough for me.