I didn't know what to expect as I waited in the parking area at the Homestead General Aviation Airport to board one of the chartered buses that was to take us to the Everglades Restoration Groundbreaking Ceremony that cool January morning in 1997. I read about the ceremony being open to the public, so I decided to drive down to and take a look at the future of the Everglades for myself.

Most of the people who boarded the bus seemed to know each other. Members of several service clubs and growers associations chatted among themselves as our bus drove back to Krome Avenue and then turned and drove down the dirt access road adjacent to the C-111 canal. I watched out the window as the bus made the short trip to the ceremony area, thinking it was about time something was going to be done to save Marjory Stone Douglas's wonderful "River of Grass." We disembarked and were directed to one of several large tents that had been set up not far from the waters edge on the other side of the canal. We walked across the road that was created by the pumping station to the large tents set up to accommodate the many speakers and guests. Even the Homestead High School Marching Band was in attendance. There were three helicopters parked discreetly behind yellow tapes back on the other side of the canal. I noticed that none were marked with television station logos. A nearby metal sign showed numerous bullet holes and dents.

The program started on time, but it didn't take long for me to wander out of the tent and away from the social/political scene. The ceremony was well into the speeches and remarks as I walked past the refreshment area and over to the canal bank. I was looking in the water at the canal's edge when two other fellows walked up, talking among themselves. One man soon walked back to the ceremony, leaving the other alone just a few feet away. He stood for a few moments, then reached down and pulled a few weeds from the canal bank, and tossed them one by one into the water. It was Dexter Lehtinen, the former U.S. Attorney who had first filed suit against the State of Florida in 1988 for allowing polluted water to flow into the Everglades. Lehtinen's suit, along with the thirty-nine additional lawsuits the original lawsuit triggered, actually began the legal actions that eventually led to the ceremony we were attending. It appeared he also would rather be fishing. 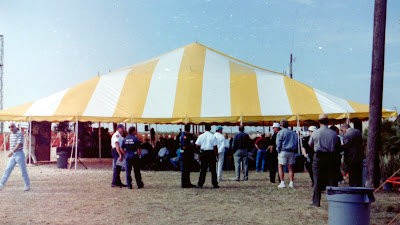 We started chatting about Florida and the Everglades, and finally about the Everglades ceremony behind us. He would occasionally glance back at the crowd to see if he was missed, but was far more content to toss weeds in the water. It was one of those times when the bus ride was worth it. Dexter's wife, U.S. Representative Ileana Ros-Lehtinen (who at the time was a State Representative) sponsored my daughter, Monica, to serve as her page for a week in the Florida Legislature in Tallahassee. We met the Lehtinens while giving our daughter her sendoff at Miami International Airport. He politely "remembered" meeting us, even though it had been ten or eleven years earlier. Shortly, others who had seen Dexter and wanted to say hello joined us, so I made my goodbye and slowly wandered back to the main tent in time to hear the Honorable Dante Fascell begin his speech.

The program had him listed as Mr. Dante Fascell, Esq. as he had retired from 38 years of service in the U.S. House Representatives some five years earlier. Somehow, after all those years, it just didn't seem right not to say Honorable. I listened intently as Mr. Fascell soon strayed from the political correctness that earmarked all the other speakers. He soon was talking to the people assembled in the tent as if we were all family. Everyone remembers him saying, "...seems to like to me we've been discussing the same thing now for about 50 years... There is only one way to get this thing done, and that is for everybody to work together...” Those comments are still heard today whenever Everglades restoration is discussed. 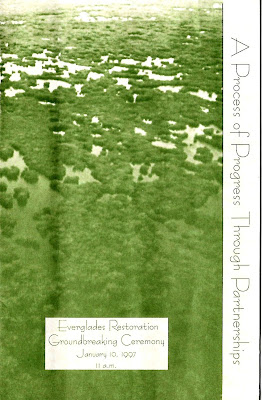 Mr. Fascell also reminisced about the flooding that swamped Greater Miami after the hurricane of the late 1940's. My uncle had told us about rowboats being used to pick up people during one flood, so I knew Mr. Fascell wasn't exaggerating when he repeated similar stories all over Miami. It was his duty to the people of south Florida to not let that happen again. He and others in political power implemented the legislation needed to protect the citizens of south Florida with a series of drainage canals and dikes. The resulting flood prevention construction by the U.S. Army Corps of Engineers was exactly the reason the Everglades had deteriorated to its present state. It wasn't done by accident or through stupidity. It was a deliberate plan to protect the citizens. It was, and remains a very effective flood control program. Now we have a different set of goals and ideals. While we can never restore the Everglades to it's original state, we can restore portions of it and reclaim much of its lost beauty while maintaining the safety of the citizens of south Florida.

I caught one of the last buses back to the parking lot, thinking maybe I should attend more of these government ceremonies. I had answers to questions that had been bothering me for years and had finally accepted the answers as something I would have done too, if that had been my responsibility. Besides, it was fun tossing weeds into the water, something everybody should do every once in a while. 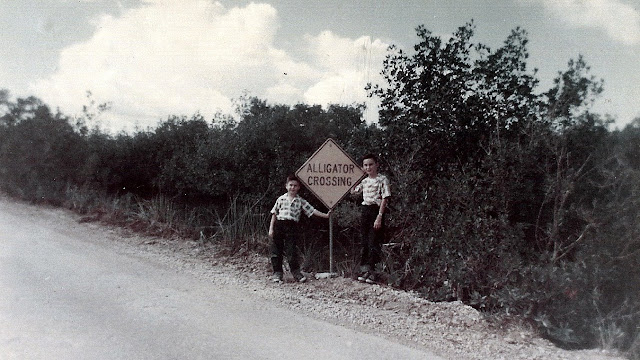