The Cruise to Aruba - The Freewinds

While we were wandering around Oranjestad looking for a drugstore, another ship docked near the M/S Crown Princess. She immediately caught my eye as we walked back toward the cruise terminal. She looked vaguely familiar. She's now named the M/S Freewinds but she was obviously from a long-ago past generation of cruise ships. As I looked at her twin funnels, I realized she was one of the originals. I wondered what she was called back then. 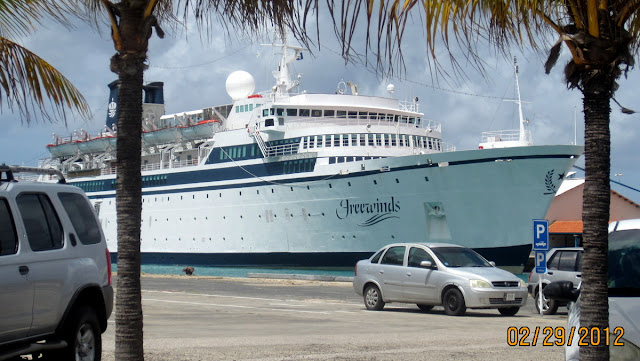 I watched Kloster's original M/S Sunward and Admiral's M/S Emerald Seas and several others years ago when they sailed out of Miami back in the 70's, one of the benefits of working in downtown Miami for years. They sailed from the modern terminals that were built on Dodge Island to accommodate the new cruise ships, directly across Government Cut from Watson Island where the Goodyear blimp base and the adjacent Chalk's seaplane terminal were located.

I looked at those ships in awe, thinking perhaps when we retired, we too, would cruise the Caribbean. We made sure we took all our northern, out-of-town visitors to Watson Island on Saturdays to watch the cruise ships. They were impressive then, even more so now. The comparison between the old and the new cruisers is simply astonishing. The M/S Freewinds looks like a toy, barely noticeable in the shadow of the towering M/S Crown Princess.


I researched the M/S Freewinds when I got back to the Internet and found she is indeed one of the original basin-cruisers out of Miami, but she's not one I'm familiar with. She's the former M/S Bohème which sailed out of Miami for Commodore Cruise lines back in the late '60's. She was famous for starting the seven day Caribbean cruises and the first cruise ship to regularly visit St. Thomas. Today, she is more infamous than famous, as she is now owned by an arm of the Church of Scientology and has been the subject of several scandals, including kidnapping and forced servitude for crew members. 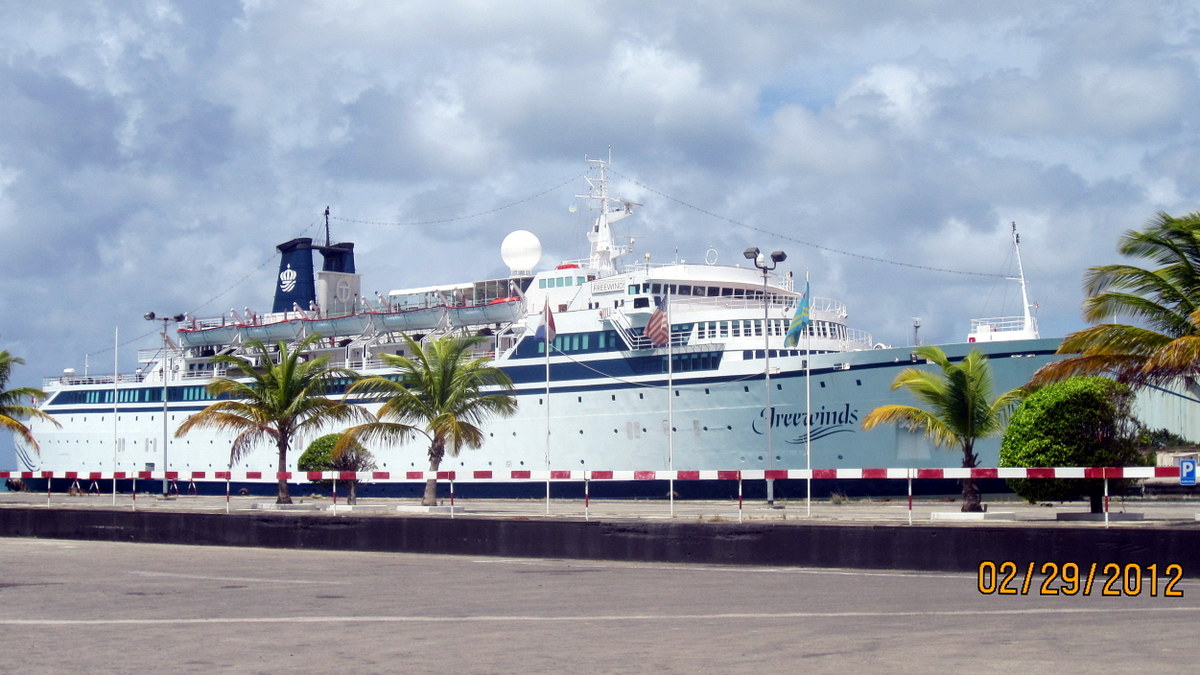 While the M/S Emerald Seas and the beautiful S/S Norway, the former S/S France, were cut apart for scrap on the beaches in Alang, and the original M/S Sunward has cruised into historical oblivion, at least the M/S Freewinds still looks the role of a cruiser from days gone by.

[My blog about our odd relationship with the SS Norway is at
http://piddlepaddler.blogspot.com/2012/03/ss-norway.html]

Time to head for Miami: