The International port-to-port cruisers made famous by Hollywood movies, the old sailings with movie stars like Bogart or Bacall from Hong Kong to Oahu or Tokyo, or Liverpool to New York, where tuxedos and at least one white dinner jacket were de rigueur, have been replaced by cruises that circle a small geographic area and return to the port of departure, like Miami, Fort Lauderdale, Port Canaveral, Tampa, or Galveston, Texas.

These basin type cruises usually require minimal formal dress, and while tuxedos have occasionally been seen, they certainly aren't required. From the cruises we've been on, it appears the women passengers certainly enjoy the opportunity to dress well and love being treated accordingly. Formal dining on today's cruises usually requires gentlemen wear a jacket and tie, but the jacket is no longer the white dinner jacket of days gone by. A sports jacket seems to meet the requirement, though most men wear suits. Most cruises have only one or two formal nights, almost always one called the Captain's night. Unless you choose one of NCL's cruises where the entire fleet has adopted the "Freestyle Dining" model. That is the new business model and it seems to be NCL's salvation. 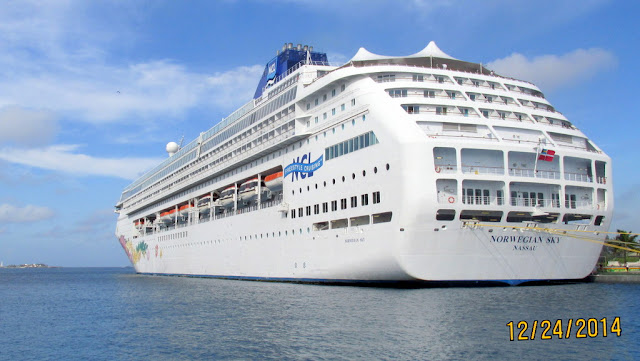 According to the Economist, more than 40% of first-time cruisers today are under the age of 40. The cruise industry knows exactly what it is doing by tailoring shorter, introductory type cruises to the less demanding tastes that appeal to today's younger cruise passengers. They are the passengers of tomorrow who will eventually book a 7 or 10 day cruise sometime in the future. Hey, wanna climb a rock wall or drink all night to club music at ten dollars a drink?

The piano lounges are slowly being replaced by sports bars. The younger, first time cruise customer being courted by cruise lines today apparently doesn't care as much about the formality of having the same dining room staff at every meal as it does about eating whenever they want at the open buffet, but of the top five reasons given by bonvoyage.com.uk, the second most popular reason for cruisers aged 18 – 30 was the "money saving aspect of an all inclusive cruise, including food/drink/entertainment." Boy, are they in for a surprise! 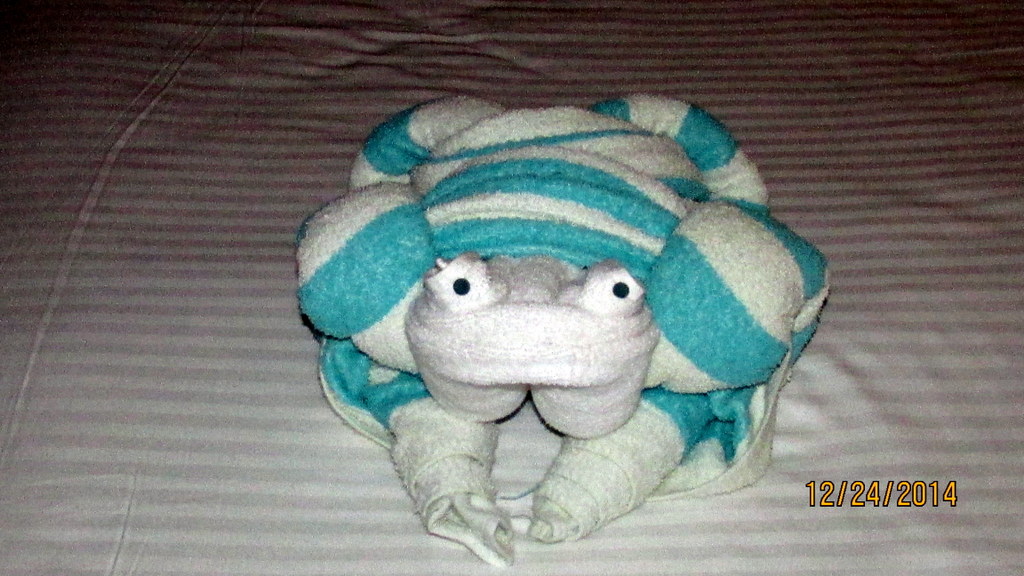 For the segment of the industry's customer base that is fast fading into oblivion, us retired, middle class customers - we are called "wrinklies" by the cruise industry – who actually expect melted Gruyère cheese on our French Onion Soup for the price of passage, the days of quality dining included in the base passage, or ticket price, may be over. It isn't the menu that has changed as much as the caliber and quality of the food. What the cruise planners have done is force passengers to spend another $50 to $100 daily for dining, in addition to our passage, to have the taste and quality of food we would normally expect in the dining room.

Specialty restaurants cater to those who don't mind paying above and beyond the price of the cruise. The idea is apparently not only to lower food costs, but to also drive the traditional passenger to the extra cost specialty restaurants. On our ship, the Il Adagio restaurant charged an extra $15 extra per person for Risottos, pastas, and pizza; Le Bistro charged an additional $20 per person for beef fillet, escargot, lobster tails; and the specialty signature steakhouse, Cagney's, hits you with a $30 fee per person. You can sign up in advance for a dining package for $74 per guest for 4-day cruises that allows you to dine in the extra cost restaurants. Basically your passage, or ticket price only covers the break even point for the cruise companies, every penny you spend from the moment you board ship is profit.

The fare for our four night cruise to the Bahamas was $1468 (Balcony, Norwegian deck), plus $203.92 in "Government" taxes, and $180 for bus fare to and from the Port of Miami, all paid to NCL. Add to that the travel insurance at $86.39 we bought separately and the bill just to get on the ship comes out to $1938.31. For four nights at sea, the cost came out to $484.58 a day for the two of us. Then came the on-board charges, where Ilse and I must be among the most frugal, or cheapest, cruisers of the entire cruise. Our bill, with a $25 credit, was an additional $127.67. It could have been higher, but I balk at $10 gin and tonics served in plastic cups and $6 Budweisers. We did have a couple of glasses of Cabernet Sauvignon at $10 each since we couldn't get to our confiscated wine. Oddly enough, a bottle of Heineken beer was only $5.25 while a Bud Light was $6.00.

The basin cruising industry created by Knut Kloster and Ted Arison in Miami has blossomed far beyond their expectations and has become a world-wide financial powerhouse, a business model that has been molded to fluctuating International markets. Arinson's original company, Carnival, owns Carnival line, Holland America, Princess Cruises, Seabourn, P&O Cruises, Cunard, Costa Cruises, Aida and Iberocruceros, each personalized for a specific segment of the market. Kloster has morphed into Norwegian Cruise Lines and currently owns Norwegian, Oceania, and Regent Seven Seas. NCL was known as "No Cash Left" only fifteen short years ago, but they currently have six ships in the construction pipeline.

NCL shed its high end lines, the Royal Viking and Royal Cruise lines amid a convoluted series of acquisitions and mergers that diluted reputations, and decided to compete with Carnival and Royal Caribbean in the downscale Caribbean market instead. As far as their executives are concerned, the current business model is full speed ahead. According to Cruise Market Watch, "The total world wide cruise industry is estimated at $39.6 billion – a 6.9% increase over 2014 – with 22.2 million annualized passengers carried – a 3.2% increase over 2014." Cruise Lines International Association, Inc., estimates "First-time passenger growth will be driven by the 95 million Millennial generation, based on population size and positive experiences cruising with their parents."

While the Europeans were slow to understand the uniqueness of the Mediterranean, and even the North Sea, cruises and facilities that once mirrored the original cruises out of Miami have now matured into world class destinations on their own right. The European market has faltered somewhat in the last two years, but the strong U.S. market – 52 % of all cruise passengers are from the US – will soon have fierce competition.

The Far East market is rapidly being exploited and cruise companies are adding cruise ships to rival the Caribbean and Alaskan cruises. The future star of Royal Caribbean Cruise Line, the 4180 passenger Quantum of the Seas, due in May, 2015, will be permanently based in Shanghai and offer cruises for Chinese passengers to Korea and Japan. She joins the modest China Star, the first Chinese cruise ship introduced only three short years ago. Obviously, neither my wife nor I are in the passenger demographics targeted for these ships. The menus on the Chinese ships will not reflect the offerings found on the Caribbean cruises, and the on-board activities will be designed for that market. Our problem is we are not even in the demographics targeted for Caribbean cruises by today's marketing goals.

Tell me about flying today. How do you feel about being charged for lunch, or even a bag of peanuts? How about paying for that extra blanket because your legs are freezing? How about leg room? Need a pillow? Are you treated like you were just a few years ago? How do you like the new attitudes of the flight attendants when they tell you, in so many words, to go fly yourself? The same business model has been applied to ship cruising, and if you decide to cruise, be ready to buy your peanuts. Lots of them. You may have cold knees as well. Cruise line executives have failed to see the difference between doing something because you have to and what you would do for fun, and the results just may startlingly similar. I personally feel the same distasteful revulsion for both, and that will keep me from cruising in the future. I won't spend my money cruising: I don't have to.

The difference is in the marketing, and Norwegian currently spends over $53 million a year in advertising, selling sandy beaches and tropical nights without telling you about the cost of peanuts. Royal Caribbean Cruise Lines, by the way, spent $82 million on advertising. Perhaps that's why they had two cruise ships at Coco Cay simultaneously.

I was sent to San Pedro, California in 1990 to survey the wiring of the M/S Royal Viking Star – which later became the Westward – after she arrived in port from Hawaii. She had been purchased by Norwegian Cruise Lines from Royal Viking and was being upgraded to standardize their computer systems and replace stand-alone cash registers with real-time, point-of-sale terminals. She was an upscale, high-end point to point ship that became a Caribbean basin cruiser. I didn't get to see the much of the passenger, "outside" ship, we ate in the crew dining room and spent our time on board checking cable runs and access panels.

Still, while the feeling of class and style was that is missing in today's mega-ships was apparent everywhere, I do enjoy the new style balcony staterooms and modern amenities of the new ships. And the quietness as well. The new ships are far quieter than the old ships. I would much rather pay for my cruise up front than be nickel and dimed to the point of frustration. Redefinition of the customer base has apparently excluded my wife and I, and all of us in that small, dwindling category of retired, middle income passengers, us "wrinklies" who look for quality and service at a fair price. Those days are long gone. Just like the S/S Norway.

Nothing but a distant memory. 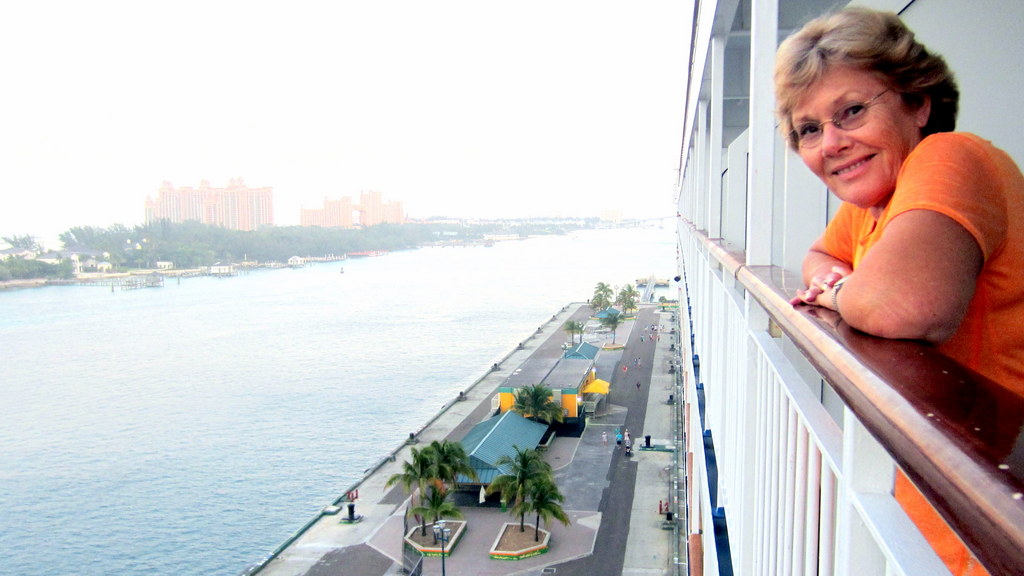 Moths to a Flame - One Last Try at Cruising - And the inspiration to try again -
https://piddlepaddler.blogspot.com/2021/11/moths-to-flame-cruise-7-part-1.html
Posted by George at 1:10 PM