I leaned on the balcony rail outside our state room in the chilly, overcast first light of morning as we slowly entered the channel into Freeport Harbor. Well, to me it was chilly, compared to the warm sunshine of the last two days. It must have been in the mid 60's, overcast with occasional rain showers just as it was the first time we visited Freeport back in November of 1989. And just like the first time, we decided not to go ashore, spending the day on-board instead.
Ilse and I expected to have the ship to ourselves once again, but far fewer passengers went ashore than when we visited the private island at Great Stirrup Cay two days before. We assumed the stores in Freeport would be closed Christmas day, and apparently so did the majority of passengers as the public areas of the ship were full. Besides, not many wanted to suffer the drizzly weather. The stores and vendors who did open in Freeport were probably disappointed in the low turnout. Many of the Jitney drivers on the dock chatted among themselves waiting for passengers who didn't show up.

Ilse and I took advantage of the of the empty jogging deck – almost all current cruise ships now have one – and walked our three miles before heading up to the exercise room for the stationary bikes. Every lap around the ship found more people sitting on the deck, some leaning on the rail, all glued to their laptops, tablets and smart-phones. 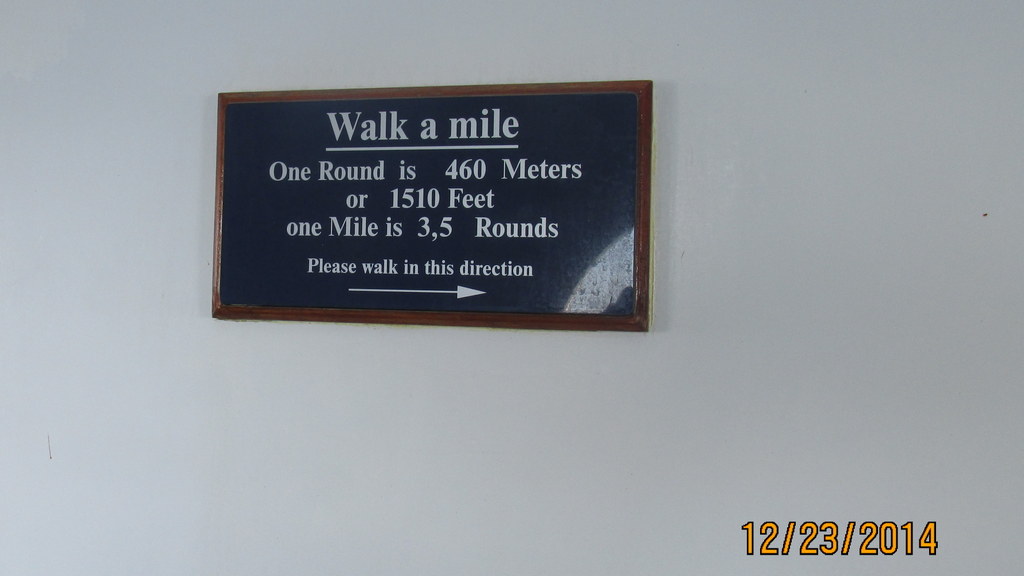 A Bahamian vendor on shore had an Internet router running with no security. It didn't take long before the free WiFi was discovered and people began logging onto the Internet. Norwegian Cruise Lines offers WiFi service at any time on ship, but at 75 cents a minute, so by the time we finished our eighth lap, the dock side of the ship was beginning to get crowded. The signal was strongest on the dock side closest to the vendors store. We took advantage of the free access later as well, checking e-mail to make sure the world at home hadn't fallen apart. We spent the rest of the day reading and just strolling around the ship. 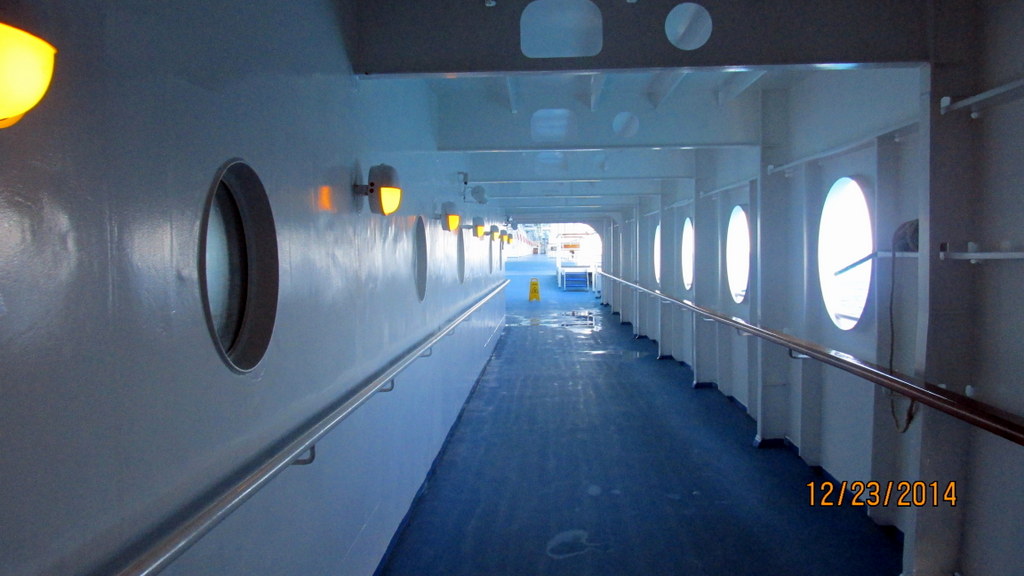 We weren't curious enough about Freeport to disembark the first time, and we certainly didn't have the spark to do it this time. The 12 mile ride to town is $5 a person if you use one of the jitneys, which today are mostly vans, and about $25 if you ride by yourselves. When taking a jitney, you have to wait until the driver has a full van. The round trip alone pretty much wipes out any savings from shopping in town, but it is too far to walk. Freeport and its beach suburb, Lucaya, form the second largest city in the Bahamas, and how it came about is worth a volume of its own. Freeport became an International tax free port in 1955 and has been a financial cornerstone of the Bahamian economy ever since.

They will lose their tax free trade zone status in 2054, but until then, shoppers can take advantage of better prices than found in Nassau. Freeport and the island Grand Bahama has many sites we would like to have visited, but the weather wasn't inviting and we decided to spend Christmas on the boat.

The oil storage facility here has benefited from the canceled deep water port planned for Biscayne Bay in Florida, just south of Miami, in the early sixties. Due to action from the Miami Herald's Juanita Green and Lancelot Jones, one of only two Elliot Key residents, President Lyndon Johnson created Biscayne National Monument in 1968 and canceled plans for the eight-mile long deep water channel through pristine Biscayne Bay. Freeport offered the port facilities needed by the deep water oil tankers and containers ships, and has more big ships laying off shore than I've seen anywhere else in the Caribbean. Freeport even has dry-dock facilities.

If you want a thrill in cruising, stand on the starboard side, the right side, of a large ship as it exits the Freeport Channel and look down into the clear water as you sail past the rather close coral rock shore. I thought the exit from Aruba was tricky with a ninety degree right hand turn as we cleared the channel, but it wasn't as breath taking as simply sailing straight out of Freeport. The port pilots earn their money. Soon after clearing the channel, we changed clothes and headed to the dining room for our last meal of the cruise.

As the gods of cruising seem to pick odd times to smile on us, we met a senior staff officer in the hallway on our way to the dining room, and after the required but awkward courtesies and niceties, I mentioned the exit from Freeport as distinctly awe inspiring. He smiled and said it was indeed narrow, but not dangerous. I asked if the ninety degree exit from Aruba was the most worrisome and he answered, "Oh, no! The port we dislike the most is New York! That is one port the pilots really earn their money."


Once again, we suffered a terrible meal, or half of one. While Ilse's Salmon was done well and quite delicious, I sent my dinner of chicken cordon bleu back. Once again, the Maitre D stopped by our table, and this time picked up the tab for our two glasses of wine.


This last meal showed another reason we don't like Freestyle dining. No one will ever again hear Dexter Poindexter's classic "Hot Hot Hot" played over the sound system as waiters do a Conga line through the dining room carrying Baked Alaska Flambe on their heads as the sitting comes to a close. In Freestyle dining, the sitting never closes because diners come and go, and the tradition of Baked Alaska as the final day of cruising desert falls by the wayside, another loss in the romance of cruising. This is our sixth cruise, and the only one without the joyous Caribbean cruising tradition, even if the real Flambe had been replaced last time by battery powered LEDs.

Next: Cruising - Days of Future Past