Cruising - In the Beginning

My mom got me interested in leisure cruising at the beginning of the fledgling industry. Not the port-of-call cruising made famous in the movies of the pre-World War II era, where ships sailed from New York to London or Honolulu to Hong Kong. Those transoceanic cruises may still exist today, but the world of cruising was forever altered by Knut Kloster and Ted Arison in Miami. Their first ship, a converted car ferry, the M/S Sunward, started an entire industry.

The Port of Miami was a commercial port back then, before the basin cruise industry was created, revolutionizing more than just Miami or a way of vacationing.

The Dodge Island passenger terminal construction project was well underway when I shipped a Volkswagen from Antwerp to the P&O dock at Pier 2 in 1965, but it would still be a year before Norwegian Caribbean Line initiated their first cruises from the new Port of Miami. There was no terminal dedicated just for passenger ships then, just a working port that butted up against Bayfront Park and shared space with local charter deep-sea fishing boats and freighters of all shapes and sizes headed to and from ports all over the Caribbean. 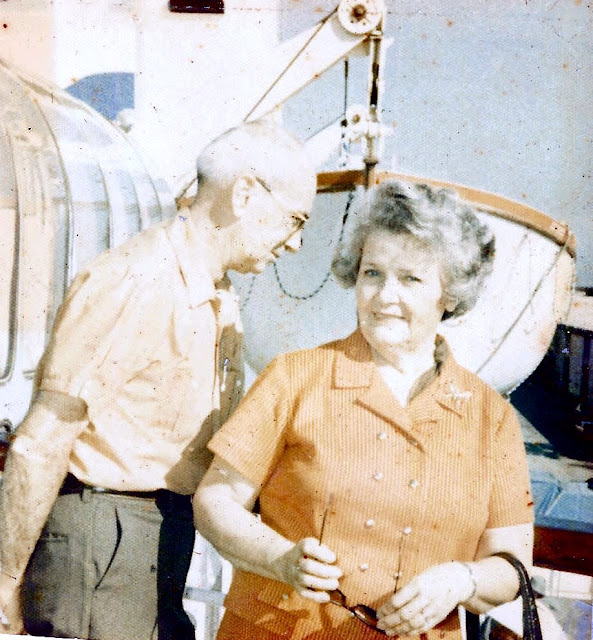 With the allure of the exotic, nearby Bahamas - which incidentally supplied almost all of the ships with waiters, maids, cooks and just about every non-officer position - Miami was the perfect place to initiate a three or four day leisure cruise.

Miami had a huge para-mutual market that enticed tourist dollars during the "season," or winter months, from horse tracks such as Tropical Park, Hialeah, and Gulfstream, and the many dog tracks and Jai Alai frontons that tourists loved. But, while the glamorous hotels on Miami Beach may have had Sinatra or Sammy Davis, Jr, they didn't have casino gambling. 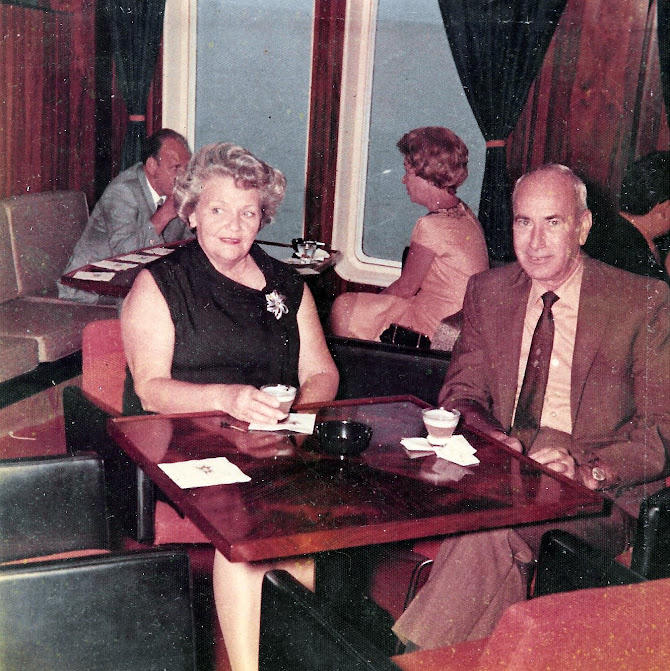 The new cruise ships supplied the missing piece as soon as they passed outside the twelve-mile U.S. territorial boundary headed on their easy going, laid back trip to Nassau or Freeport. Croupiers pulled the velvet covers off the roulette wheels and dealers broke open new decks of cards in the ship's casinos as the ship cleared the imaginary line. The one-arm bandits, the slot machines, were swarmed as the crowds poured in for Las Vegas style gambling and Miami Beach had new competition for tourist dollars at a level they couldn't handle. 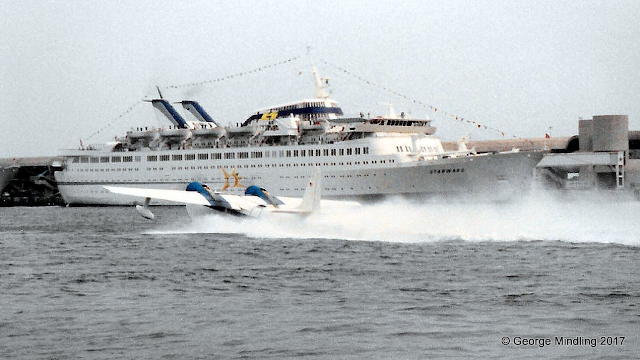 Drinks were cheap - the cruise lines paid no alcohol taxes as they didn't buy it in the U.S. - and the food was outstanding. Word spread quickly and cruising began to find a dedicated following.

My mother was Executive Housekeeper for the Lindsey Hopkins Vocational School hotel, part of the Dade County school system in 1969. The school hotel was nationally renowned for the staff and students it produced, and Norwegian Caribbean Cruise Line approached Dade County Schools to have a hotel housekeeping instructor teach on-board classes to the ship’s staff about hotel housekeeping. 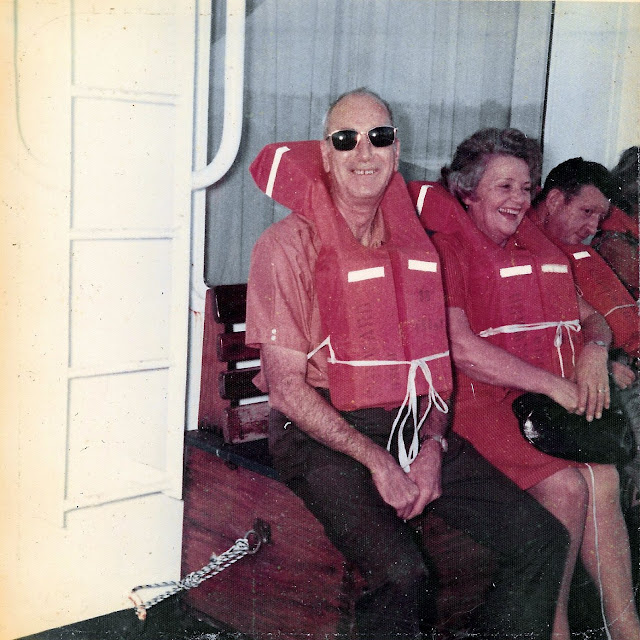 That instructor on several cruises was my mom, accompanied by my dad, who dutifully inspected the quality of the bar stock. The photos they brought back had always been in the back of my mind, and when my wife and I finally got to take our first cruise some twenty years later, a three day weekend cruise to Nassau, also aboard an NCL ship, the M/S Sunward II, we were hooked.

I still have the M/S Sunward's original ship's memento plate from my mom's teaching cruise mounted on the wall in my office. 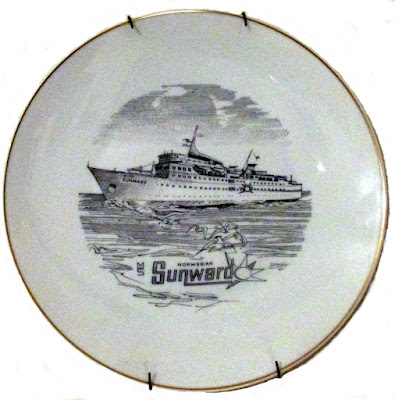 The S/S Norway and us.