During a discussion of aging and the accomplishments of life with my daughter, Monica, and her husband, Troy, in one of those rare moments of introspection, I made an off-hand remark that actually brought tears to my daughter’s eyes. No, not of sorrow or pity. No, I made her laugh so hard she almost wet her pants. It wasn't on purpose, just one of those deep revelations that your kids simply don't expect. Somehow they just can't imagine us when we were young.

We were talking over a glass of wine about what we've done and seen and where we've been and still want to go, among other things that floated light-heartedly through and around the conversation. I mentioned that perhaps the biggest disappointment I had growing up was when I found out penguins weren't as big as I thought. Monica doubled over in laughter at my profound announcement. Really, I was terribly disappointed when I found out penguins are actually quite small. After the laughter subsided and Monica finally caught her breath, we all refreshed our wine and the discussion moved on to other things, all in all a fun evening.

Penguins fascinated me. They were so brave and devoted to the families they protected between their webbed feet in those horrible Antarctic storms. I thought they were huge birds standing there in those incredibly strong winds. They were always shown standing in unison, looking regal in their black and white colors that everyone said looked like formal wear. Of course, I had no idea what formal wear was, but they looked so massive and strong. And big. 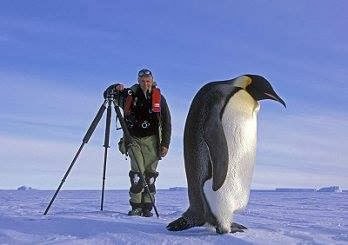 When I was growing up, in the pre-information age, visual data was transferred or delivered primarily by books and magazines. Movies were black and white, at least on our television, anyway, and the world's mysteries were still cloaked in misinformation. The Everglades was a foreboding, terrifying place, and bobcats and wolves ate people. All snakes were dangerous – some of them could even swallow you whole in one gulp or kill you by spitting in your eye– and monsters still roamed the earth in undiscovered places.

We were in the National Zoo in Washington, DC, in the early fifties with my great aunt, Emma Cornes, when I was eight or nine years old. She specifically took us to the penguin house to see the penguins. I was stunned at the little black and white birds zipping around the dirty water tank, no way could those be my penguins! Where are the big ones? Like the ones in the books, and on television?


This Christmas, my present from Monica was a huge, cardboard box. Yep! I got a penguin. As big as any I could have imagined when I was eight years old. I call him Petey, and he now wears a t-shirt that says “Stay Cool.” The T-shirt is now adorned with all the cap-pins I've accumulated from our camping trips, It's a good thing he isn't a little bird, I wouldn't have room for all the pins. 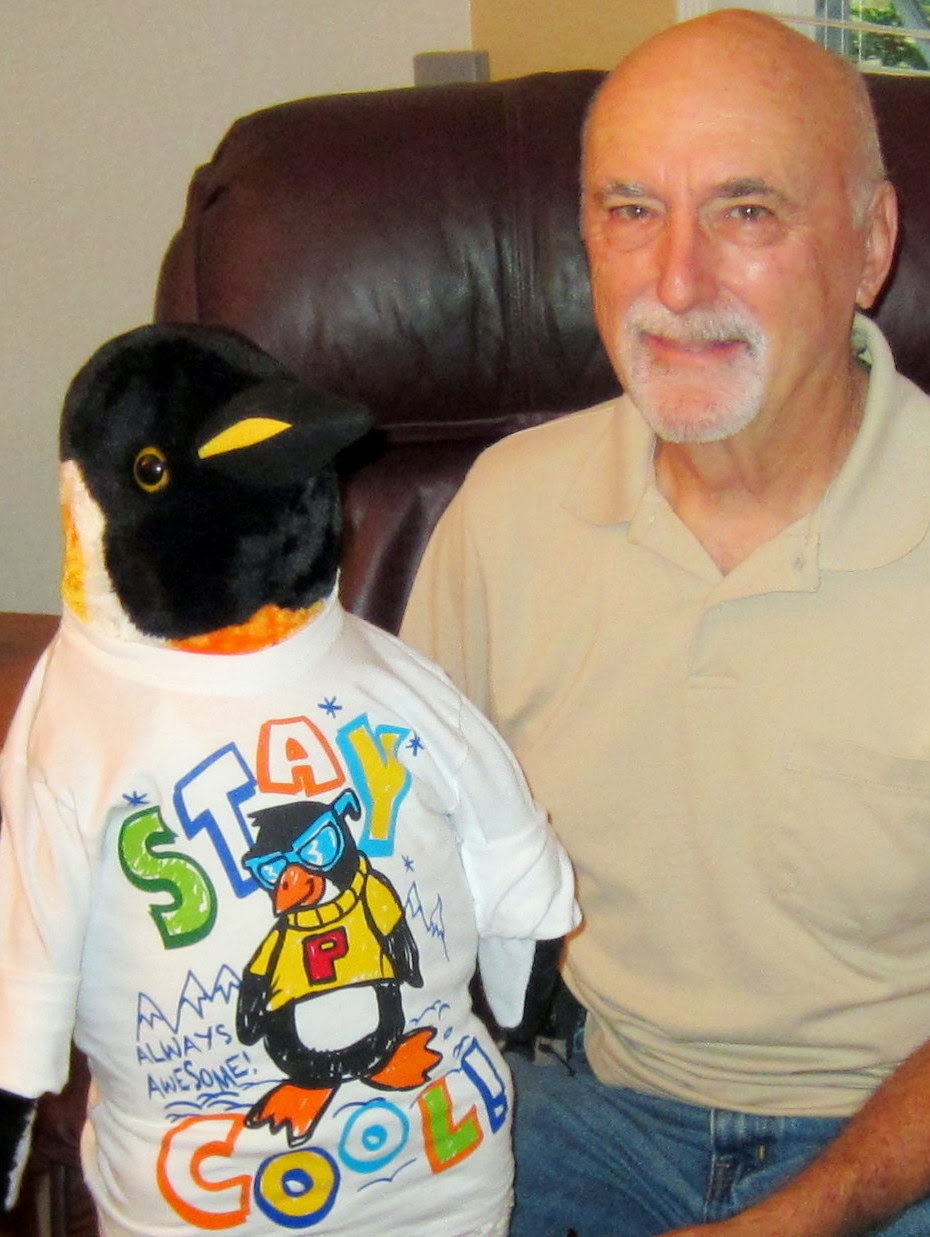 Great post. I can think of nothing more enjoyable than having good chats with our kids over a glass of wine or two. Glad you got your big penquin!